Chevrolet is also partnering with three California utilities and the Electric Power Research Institute (EPRI) as part of an extended, real-world demonstration and research program to introduce customers to electric vehicles, advance vehicle electrification and establish vehicle charging programs to pave the way for consumers. General Motors is leading the program with a grant of more than $30 million in American Recovery and Reinvestment Act funds from the Transportation Electrification Initiative administered by the U.S. Department of Energy. 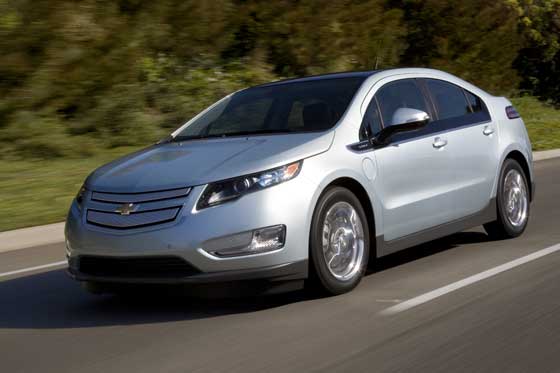 New Generation: The Volt is the first electric car of Chevrolet (Image: GM)

“It is natural that California is the lead market for Volt. Not only is it the largest automotive market, Californians are known to be leaders in adopting groundbreaking new technologies,” said Brent Dewar, GM vice president, Global Chevrolet Brand.

Volt production is scheduled to begin in late 2010. Pricing has not been announced. The initial Volt launch markets, including California, will play a vital role in validating the retail market readiness for electric vehicles. GM is working with key utilities across North America to prepare each regional market in advance of the retail market deployment.

Three California utilities participating in the demonstration project are Pacific Gas and Electric, Southern California Edison and Sacramento Municipal Utility District. They join EPRI, an independent, nonprofit research organization based in Palo Alto, Calif., and seven other utilities in the project. EPRI’s utility members represent more than 90 percent of the electricity generated and delivered in the United States.

As part of the research and demonstration program, Chevrolet will deliver more than 100 Volts to program participants to use in their fleets for two years. Chevrolet will also utilize OnStar telematics technology to collect vehicle performance data and driver feedback that will be reported to the DOE and used to improve customers’ experiences with the new technology.

Because the Volt is designed to conveniently charge anywhere, the program also includes installing more than 500 charging stations for residential, business and public use. The charging stations will be used to learn more about the installation, the vehicle charging process and to gain customer feedback on the experience.

The Chevrolet Volt is designed to drive up to 40 miles on electricity without using gasoline or producing tailpipe emissions. When the Volt’s lithium-ion battery runs low, an engine/generator seamlessly operates to extend the total driving range to more than 300 miles before refueling or stopping to recharge the battery.

The Volt is more than its advanced electric propulsion system. With technology beyond the battery, the Volt takes personalization, feedback and interaction to new levels.

The Volt’s “Efficiency Meter” in the digital instrument cluster gives the driver real-time feedback on driving efficiency. The heating and cooling system has three efficiency modes, while activating the Volt’s “Green Leaf” button provides access to vehicle Power Flow, Charging and Energy information. The driver will be able to set the charging schedule inside the vehicle or remotely, based on time of day or cost. And the Volt even has audio and visual cues to alert the driver when the car powers on, off and when charging is activated.

The Volt has been keeping a high profile in and around Los Angeles in the days leading up to the auto show. It has visited notable L.A.-area restaurants, the Westlake Century City Mall in West Los Angeles and was featured at a nationwide school assembly based at the Harvard-Westlake preparatory school. Chevrolet will also introduce a new Volt song designed to educate and entertain consumers during the auto show’s public days.