The world debut of the new BMW 5 Series Sedan once again marks the epitome of aesthetic design and supreme driving pleasure in the upper midrange segment. Through its sporting and elegant looks, driving dynamics typical of the brand, outstanding efficiency as well as innovative comfort and safety features, the sixth generation of BMW’s executive express convincingly reflects the supreme standard of the world’s most successful manufacturer of premium cars throughout the entire process of development. 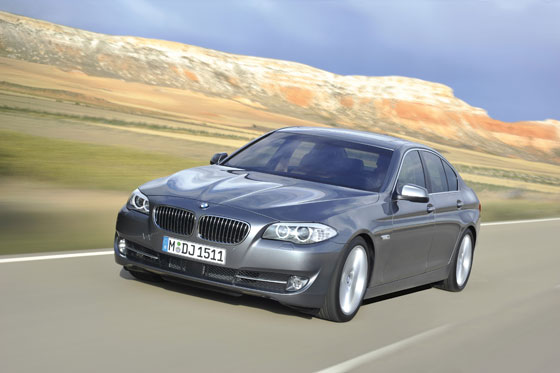 The all new BMW 5 Series will be aviable soon (Photo: BMW) 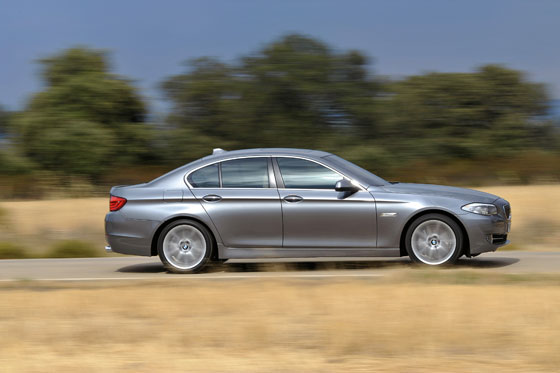 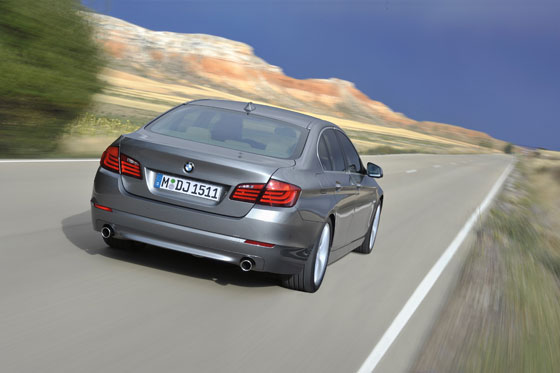 Looks better than the older one (Photo: BMW)

With the longest wheelbase in the segment, a long and sleek engine compartment lid, short overhangs front and rear and a coupé-like, graceful roofline, the new BMW 5 Series Sedan stands out clearly from the competition.

Overall, the aesthetic looks of the car are clearly determined by perfectly balanced proportions. Design features typical of the brand are to be found both at the front with its BMW kidney grille inclined slightly forward and on the strikingly chiselled engine compartment lid, in the stylish and elegant side view of the car, and on the muscular rear end.

Within the interior modern function and a superior ambience come together in perfect harmony, unmistakable style and clear orientation to the driver in the cockpit guaranteeing a truly unique driving and travelling experience. 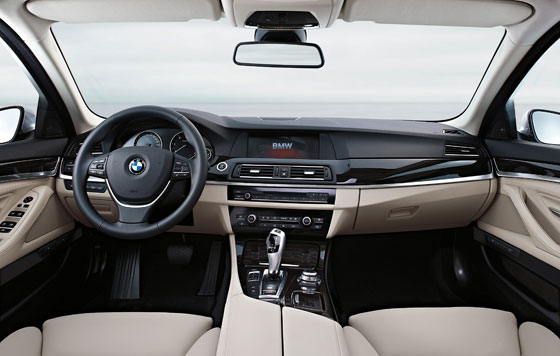 The most advanced drivetrain and suspension technologies ensure supreme sportiness and an even higher standard of motoring comfort all in one. At the same time optional Dynamic Driving Control enables the driver to set the suspension individually to his personal requirements. The new BMW 5 Series Sedan is available with Adaptive Drive encompassing Dynamic Damper Control and Dynamic Drive stability control, as well as BMW’s Integral Active Steering. 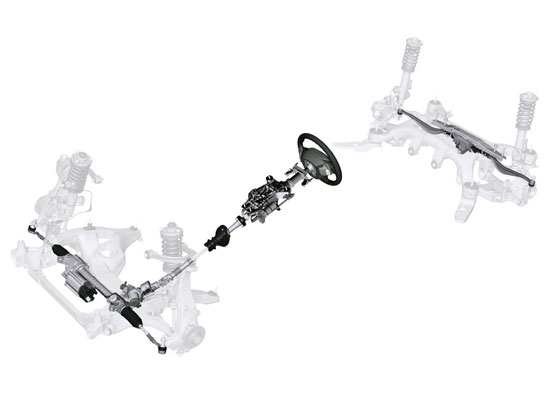 The new BMW 5 Series Sedan is making its debut with one eight-cylinder and three six-cylinder petrol engines as well as two six-cylinder diesels.  The range is rounded off by a four-cylinder turbodiesel with an aluminium crankcase and common-rail direct injection. Maximum output in this case of 135 kW/184 hp makes the BMW 520d fitted as standard with Auto Start Stop the new efficiency benchmark in its segment. Average fuel consumption in the EU5 test cycle is just 5.0 litres/100 kilometres (equal to 56.5 mpg imp), the CO2 emission rating is 132 g/km (provisional figures).

Straight-six diesels with the most advanced technology give the BMW 530d maximum output of 180 kW/245 hp and the BMW 525d an equally impressive 150 kW/204 hp. Fitted with optional  BMW BluePerformance technology, the BMW 530d fulfils the EU6 emission standard. And it almost goes without saying that all versions of the new BMW 5 Series Sedan comply in full with the EU5 standard in Europe. 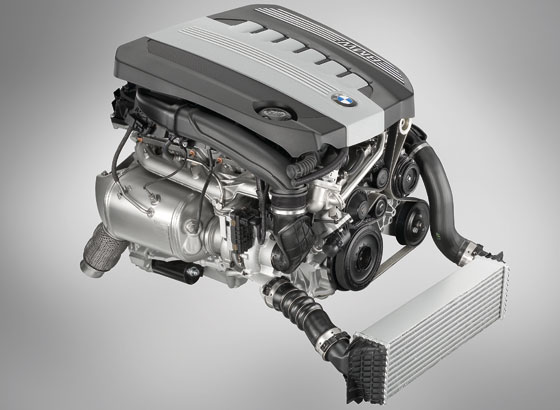 BMW EfficientDynamics technologies are naturally featured as standard in appropriate combinations on each model, with features such as Brake Energy Regeneration, a gearshift point indicator, active air flap control, and on-demand operation of ancillary units including a detachable a/c compressor. Intelligent lightweight construction, finally, is ensured by features such as the doors, engine compartment lid, front side panels and suspension components made of aluminium.

The driver assistance systems offered for the first time in the context of BMW ConnectedDrive include a Parking Assistant, Surround View, collision warning with application of the brakes in conjunction with Active Cruise Control plus Stop & Go, and a new Speed Limit Device. Further features also available are Lane Change Warning, Lane Departure Warning, Speed Limit Info, a Head-Up Display, BMW Night Vision with detection of individual persons, and a back-up camera. 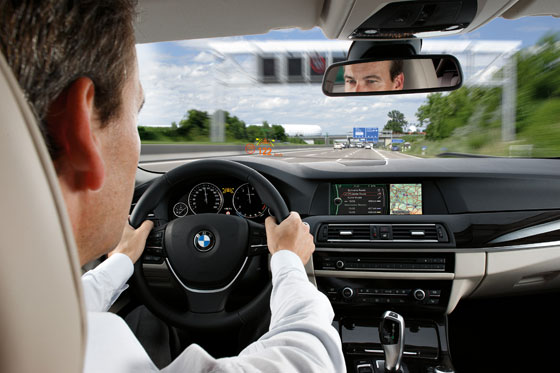 Joint development and production together with the BMW 7 Series.

The world debut of the new BMW 5 Series Sedan opens up the latest chapter in a truly impressive story of success. In the course of five model generations, overall sales of the BMW 5 Series already amount to more than 5.5 million units. Now the new model is based on a newly developed vehicle architecture also featured in the BMW 7 Series luxury sedans.
Joint production of the BMW 5 Series Sedan and the BMW 7 Series at BMW Plant Dingolfing, together with the extensive use of shared components, ensures highly efficient production with a supreme standard of quality following the most demanding benchmarks in the market. 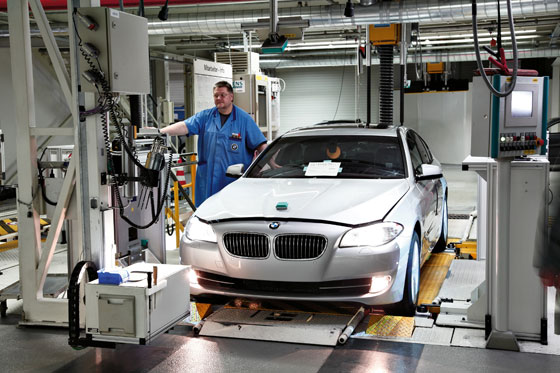 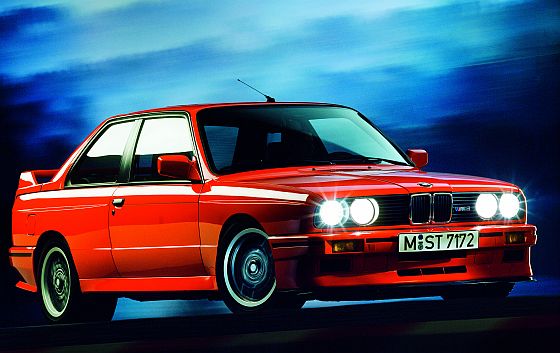