Fifty years ago today, the first Mini rolled off the production line at Cowley, now called Plant Oxford. For the first time in half a century that very car is returning to its birthplace for a celebration of 50 years of production. The Mini Minor, finished in Old English White and carrying the registration number 621 AOK, is at Plant Oxford for the day to mark its birthday in style. 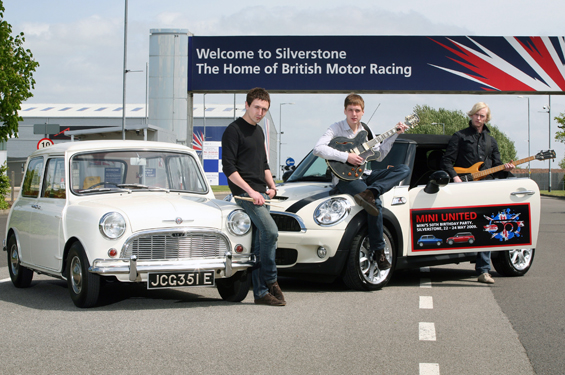 BMW Group member of the Board of Management for Production, Frank-Peter Arndt, was at Oxford today to celebrate with the Plant.Â  Arndt said: â€œAnniversaries are always a wonderful opportunity to look back at the past. But on days like today, itâ€™s also good to look to the future. Therefore, our objective is absolutely clear: We are going to continue the success story of MINI and continue to strengthen it.â€

â€œWhere is MINI going? Where will it be in ten, 20 or even another 50 yearsâ€™ time? Perhaps itâ€™s rather ambitious to look that far ahead, but one thing is certain, MINI is a brand not only with a great tradition, but also a fantastic future.â€

Dr JÃ¼rgen Hedrich, Plant Oxfordâ€™s managing director, said: â€œLittle did anyone know just how popular Sir Alec Issigonisâ€™ car for the people would be â€“ or that half a century later it would be reborn as the MINI and once again be built in Oxford. â€œThis is a momentous day in the plant and carâ€™s history. Everyone at the plant is proud to be part of both the heritage and the future of this car.â€

In the same week as this milestone anniversary, independent publishing house Faber and Faber is launching a book dedicated to the incredible story of MINI. â€œMINI: The True and Secret History of the Making of a Motorcarâ€* is authored by Simon Garfield, who uncovers a fascinating story of British endeavour, ingenuity and masterful marketing by meeting the people behind the scenes. The book is on sale now priced at Â£17.99.

Thousands of visitors from across the globe will also be celebrating MINIâ€™s 50th birthday at MINI United, which is being staged at Silverstone from 22-24 May. The festival welcomes MINI owners and non-owners, and the stunning entertainment line-up is sure to attract visitors from right around the world. Paul Weller, Calvin Harris and Twisted Wheel are the entertainment highlights and tickets are priced at just Â£35 for the full festival weekend. Children under 14 are admitted free. Tickets and further information can be found at www.miniunited.com