As timeless as hanging out at the mall, automobiles have played an important role in young people’s social lives, have acted as a means of self-expression and more importantly a necessary tool for interacting with friends. Today, communication technology is changing how we connect and perhaps even the role the car plays in young people’s lives. Southern California design studios will envision what a new generation of drivers, raised with cell phones, online communities and webcams will demand from their vehicles in the year 2030.

The design studios for Audi, GM, Honda, Mazda, Nissan and Toyota reached 21 years into the future and designed their interpretation of Youthmobile 2030. Designs range from vehicles that incorporate human DNA allowing changes in the shape, color and materials to vehicles that link into a mass transit system where drivers not only share the commute but trade music and compare class schedules.

“Automotive designers have always been fascinated with the next generation of drivers and this year’s Design Challenge has provided them with the opportunity to use their creative talents to revisit the concept of ‘the car’ with new eyes, using the hottest technologies to both explore and fulfill the needs of young people,” said Chuck Pelly, director of Design Los Angeles and partner in The Design Academy, Inc.

Entries in this year’s Youthmobile 2030 Design Challenge include:

The Audi eOra and eSpira are an accessible representation of freedom and coming of age. Like a downhill skier, the eOra carves the roadscape with precision by constantly adapting to the driver’s movements and intentions. Using next generation vehicle control logic, the eSpira takes even the smallest body movements and gestures of the driver into consideration and synchronizes them with the vehicle to result in unmatched agility and responsiveness. 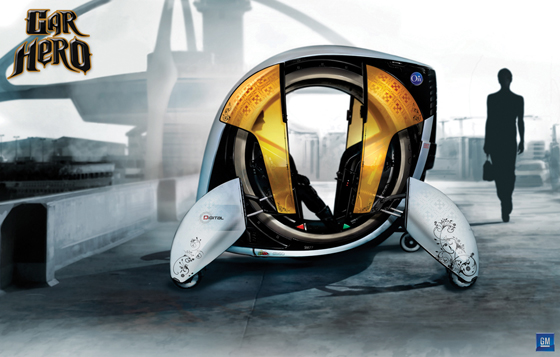 The Car Hero turns driving into gaming and challenges the driver’s skills against the car’s autonomous system. Once you enter your destination into the navi app on your smart phone, you can play against the vehicle to “win” complete control over the system and gain access to increasingly outrageous driving scenarios. 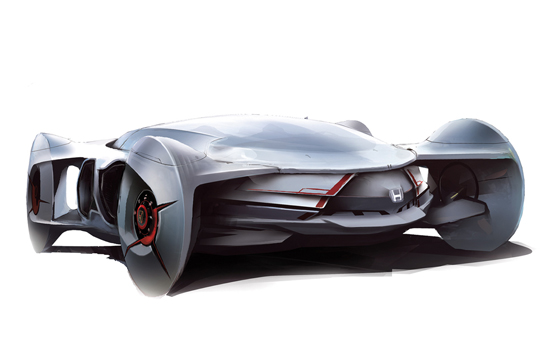 Using insight gained from the human genome, the Honda Helix redefines individuality and how a driver connects to his or her vehicle over time. The Helix incorporates human DNA with adaptive polymers that allow changes in the car’s shape, color and materials. Tri-axis movement allows adaptation and reaction to specific environments and traffic patterns.

The Mazda Souga is the epitome of personal branding. Young entrepreneurs can create their own vehicles on VMazda, a virtual reality Web site that acts as a design playground. With the help of a virtual design mentor, each car is guaranteed to be affordable, eco-friendly and purely driver-focused. 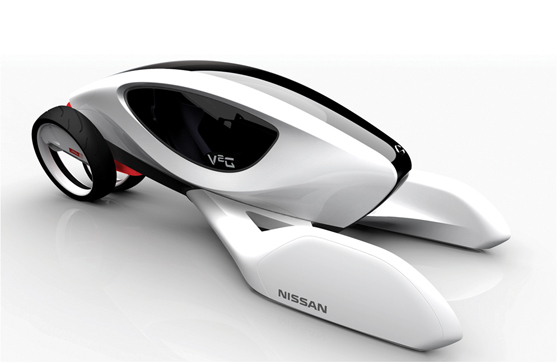 The V2G is Nissan’s eco-neutral commuter car for 2030. Its combination of dynamic styling and quality construction creates a top-of-the-line electric machine that can be modified to fit the needs and desires of its owner.

The Toyota LINK is a customizable, mass transit vehicle for students that seamlessly links onto a transportation social network. “LINK SKINZ” can be downloaded to digitally transform the vehicle’s shape into a personalized exterior design while “LINK SPHERES,” wheels made of an electro-conductive material, convert friction into energy that recharges the batteries.
About the Design Challenge

The Design Challenge is part of the Design Los Angeles automobile designers’ conference that is held every year during the Los Angeles Auto Show press days, Dec. 2 & 3, 2009. For the last six years a new Design Challenge theme is chosen and the major Southern California Automotive Design Studios battle against each other to showcase their talents and further explore new ideas in automotive design. The Design Los Angeles Conference also gives designers access to design industry leaders and provides the opportunity to address common industry issues.

The winner of the 6th Annual Design Challenge will be announced Dec. 3rd at the LA Auto Show…

But, which car is your personell favourite?