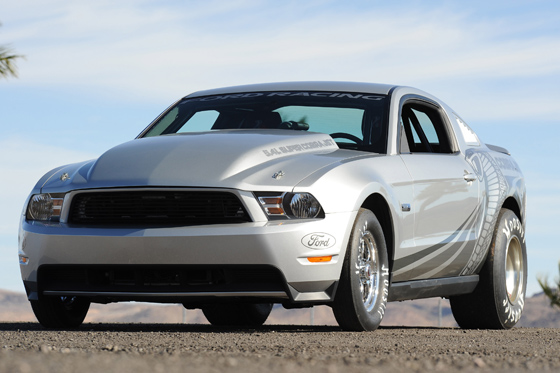 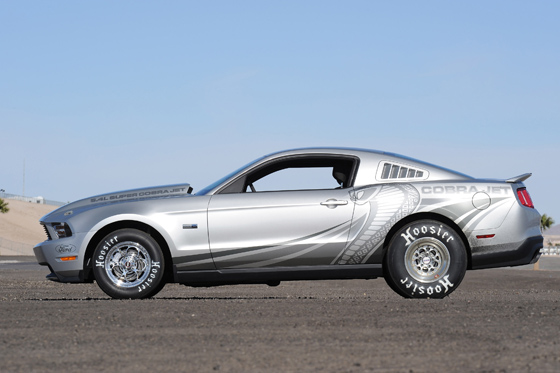 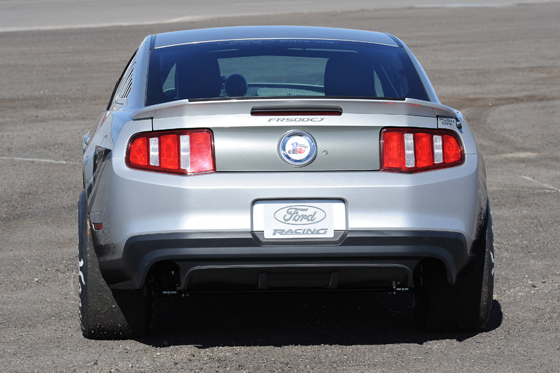 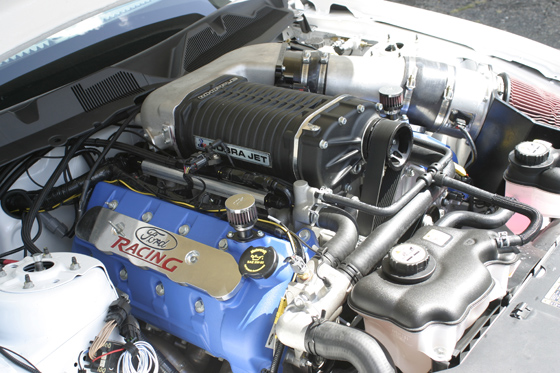 “The 2008 Cobra Jet was a great car, it did everything we wanted it to do,” said Brian Wolfe, director, Ford North American Motorsports. “We’re really proud of the car, but then again we’re always trying to make the next one better.

“With the 2010 Cobra Jet, we had the luxury of a longer development cycle and the result is absolutely stunning. Where the 2008 Cobra Jet was an extremely potent starting point for NHRA Stock competition, the 2010 will enhance the car further. We are all excited to see the new Cobra Jet in competition.”

For decades, the Mustang has been the preeminent car in many forms of racing, including drag racing. The 2008 Cobra Jet Mustang added to that legacy this season with high- profile wins at the NHRA Winternationals and U.S. Nationals, and by setting numerous track records across the country.

The 2010 Cobra Jet, like its predecessor, is a factory-built race car that is intended for NHRA Stock and Super Stock racing. The goal for the 2010 Cobra Jet was to enhance the race features to further make its own place in NHRA history. The 2010 CJ will come with all of the features of the 2008 car with enhancements that include options for a full race-prepared automatic or manual transmission, drag race-specific shocks and springs, manual steering and brakes, 8.50 certified rollcage, and an Aeromitive return-style fuel system with trunk-mounted fuel cell.

Additionally Ford Racing engineers have developed for the 2010 Cobra Jet a factory-first launch control/rev limiter that will allow drivers to preset the rpm after they stage the car. When they are ready to leave, all they do is put the throttle pedal to the floor; they don’t have the engine speed to free rev. Previously, the launch control/rev limiter was only available as an aftermarket option.

Much like Ford Racing’s previous Mustang FR500S race car, the Cobra Jet Mustang will get its start at the Auto Alliance International (AAI) assembly plant in Flat Rock, Mich. The entire 50-car run of 2010 Cobra Jets will be built on the same production line that produces the 2010 Ford Mustang production car. Production of Cobra Jets will commence in January, with delivery of all vehicles expected in the first quarter of 2010.

The 2010 CJ car features a choice for customers between two supercharged engines or three normally aspirated engines (pending NHRA approval). These options will allow the Cobra Jet to be eligible for more classes in the NHRA, as well as competition with other sanctioning bodies, including NMRA, NMCA, PSCA and IHRA.

All 50 of the 2010 Cobra Jet Mustangs have already been ordered by Ford dealers for delivery to customers. For those customers who missed out on the limited run of 2010 Cobra Jets, Ford Racing has set a goal to provide future versions of the Cobra Jet.