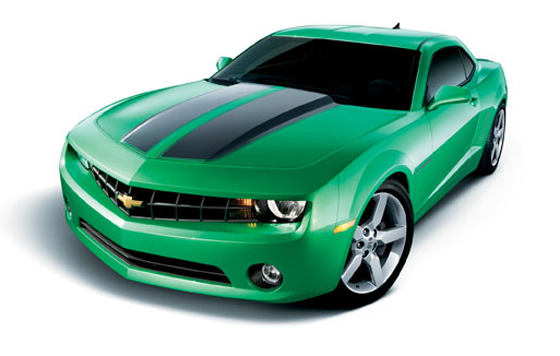 Hot and cool exterior colors are a part of Chevy Camaro history. Now the 2010 model is getting its own. Chevrolet today debuts the Camaro Synergy Special Edition with pricing starting at $26,790. Synergy will be produced in limited quantities from February to May.

Green seems to be the color of the saison: The 2010 Chevrolet Camaro Synergy Special Edition was presented today (Image: GM)

“Synergy Green continues a long tradition of dramatic Camaro colors,” says Camaro historian Scott Settlemire. “Some of the most sought-after Camaros are first generation cars – those from 1967 to 1969 – in Hugger Orange, Daytona Yellow, and Rallye Green.” 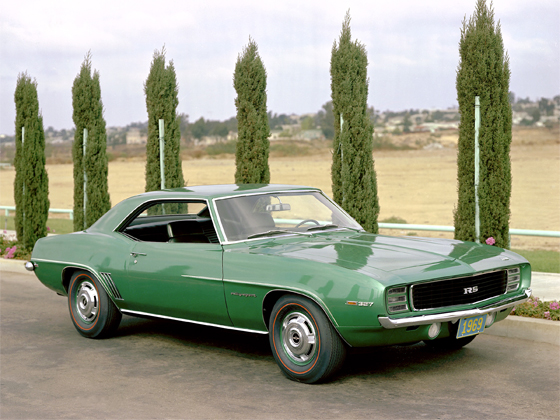 1969 Camaro RS in Rallye Green – one of the most sought-after and collectible Camaros (Image: GM)

The 2010 Camaro Synergy Special Edition is based on a Camaro 1LT, with a 3.6L direct injection V-6, paired with either a six-speed manual or automatic transmission. The powertrain has become a benchmark for the segment by offering a combination of performance and efficiency: The V-6 delivers 304 horsepower and 273 lb.-ft. of torque, and returns up to 29 mpg on the highway.