Ford’s EcoBoost engine technology is driving younger, more affluent customers to Ford showrooms. And many of these buyers are hot to trade in their competitive-make vehicles to get their hands on one equipped with the fuel-efficient direct-injection turbocharged EcoBoost engine. “EcoBoost technology is helping bring in a new customer to Ford dealer showrooms,” said Amy Marentic, Ford group marketing manager. “This customer is younger, more affluent, and more often trades in competitive products.” 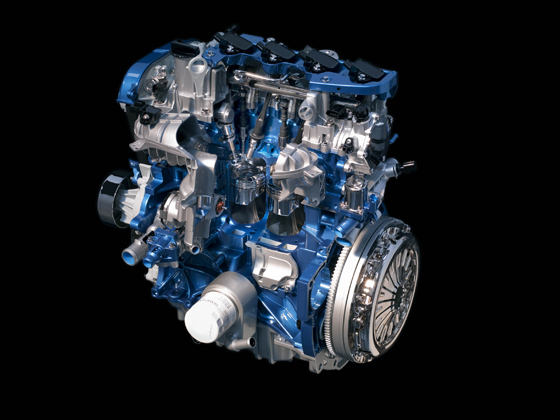 Living proof is the all-new Ford Taurus SHO, with EcoBoost as standard. The average SHO buyer is 54 years old – 10-plus years younger than the base-model Taurus customer – and second youngest in its segment. The median household income of the SHO buyer is $20,000 more than the base Taurus customer. And as for conquests, nearly 55 percent of buyers are trading in Toyota Avalons, Nissan Altimas and Chevy Monte Carlos, among other competitive products, to drive away in a Taurus SHO. That’s the second-highest conquest rate in the segment.

Moreover, added Marentic, Taurus SHO customers want more and are willing to spend more to get it. “We’re seeing transaction rate improvements as EcoBoost buyers tend to package more options in their purchase, and the vehicles are selling with less incentives,” she said.

Taurus SHO has the highest average transaction price in the segment, with customers paying $10,000 or more above base-model price to enjoy not only the fuel efficiency and performance of the EcoBoost engine, but other premium package amenities such as all-wheel drive, Ford SYNC, 19-inch wheels and a reverse sensing system.

Other vehicles that offer EcoBoost, such as the Ford Flex and Lincoln MKS, are exhibiting other demographic phenomena. Lincoln MKS with EcoBoost – along with Taurus SHO – is helping attract more 35- to 55-year-old males, a demographic the company has been working hard to bring back to the Ford fold. “Our sedans with EcoBoost are improving traffic with this demographic that has eluded Ford in recent years,” confirmed Marentic. This group of shoppers, in fact, represents nearly 35 percent of Lincoln MKS with EcoBoost buyers, which is more than 5 percentage points higher than the MKS equipped with the 3.7-liter engine. For Taurus SHO, it’s above 40 percent, more than double the 35- to 55-year-old males that purchase a base-model Taurus.

Other customers making the jump to Ford vehicles are hitting the Flex with EcoBoost equally hard; three out of four buyers are trading in a competitive product, including the Toyota Highlander, GMC Acadia and Chevy Traverse. “No one else offers the level of performance and versatility of Flex with EcoBoost,” said Kate Pearce, Flex marketing manager. “It’s a compelling buy in the crossover segment for customers who are looking for the power and performance of a traditional V-8 but do not want to sacrifice this for fuel economy.”

EcoBoost technology incorporates direct injection and turbocharging, allowing for the downsizing of engines, to provide customers with up to a 20 percent improvement in fuel economy and 15 percent reduction in emissions versus larger-displacement engines. With the 3.5-liter EcoBoost V-6, customers can expect V-8 performance but V-6 fuel efficiency.

Sales of Ford’s 3.5-liter EcoBoost-equipped vehicles have already exceeded company projections, with October sales twice as high as September. Ford will complement the 3.5-liter EcoBoost V-6 engine with the launch of new 1.6-liter and 2.0-liter four-cylinder variants next year, which will be offered on several global Ford products, including midsize and large vehicles.